California Knows How to Party

As stated in Always Ready For a Trip, my husband loves to drive. He feels we have more options for our vacation when driving and driving also eliminates timelines. When we decided to head to California, I thought we were going to make an exception this time and purchase flight tickets. But NOOOOO, my husband was ecstatic about the 24 hour drive to California. He had it all planned out. We would leave at 5:30 A.M., drive for 12 hours, have dinner, rest and finish the last 12 hours on day two. I was tired from thinking about the first 12 hours so I definitely couldn’t fathom the idea of doing it twice on back to back days. However, I thought California was a perfect vacation spot for our small family and as long as he didn’t ask me to drive, I was willing to endure this lengthy and extensive trek.

When we got to California, guess what we did? You guessed it, rest! We had a full trip planned so we actually scheduled a day of relaxation before getting the party started. We officially started our excursion in Anaheim with a trip to Disneyland. Upon arrival at the park, we discovered the MLB All Star Parade was passing by the entrance of the park. That was a very nice surprise and we actually stood around taking pictures as if we had come for the parade. We spent two days at Disneyland because we wanted to take our time perusing the park, ride as many rides as we could, eat as many snacks as our stomachs could take, visit both parks and stay until midnight to see the fireworks at the end of the night. Buying two-day passes allowed us to get a late start if needed and we were able to move in and out the park for breaks. Best idea ever as it gave us time to regroup when needed and come back for more fun. 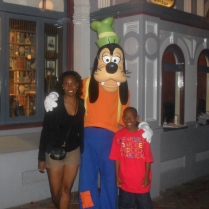 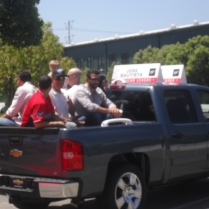 After Disneyland we drove into Los Angeles and went to The Hollywood Walk of Fame. We walked the streets looking at the stars and we absolutely had to find the Hollywood Sign. While in Los Angeles we also toured ESPN and had lunch in the ESPN headquarters. After leaving ESPN we decided to walk around the street to Staples Center and view the statues. A gentlemen that was a host at the circus thought my son was exiting the circus and gave him an opportunity to provide commentary. My son was laughing because he didn’t have a clue what to say but he was too shy to tell the gentlemen he had not been at the circus. He loved the idea of being at the booth so he just stood there with a smile. 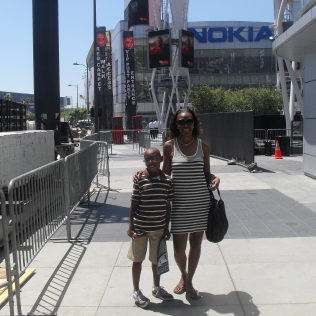 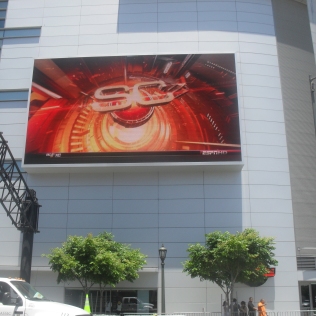 From Los Angeles we traveled to San Diego to visit the San Diego Zoo. This is where we failed to prepare. We were not expecting the zoo to be of such great magnitude. We purchased one day passes but we just couldn’t cover the property in one day. We visited as many animals as we could and eventually gave up and called it a day. While we didn’t get to see all the zoo had to offer, we saw enough to understand the excellence of this menagerie. 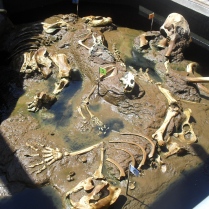 Of course we would end this trip at our favorite place, the beach. We all know California is known for its beaches and after this trip I fully understood why. We spent time at Mission Beach teaching our son how to ride a surfboard, relaxing and watching the sunset. This was a great ending to our trip before heading back to the great state of Texas. By the time we left the beach I was so rejuvenated I took the wheel for a few hours heading home. California is definitely a lively place and I enjoyed the ambiance of “Cali”. 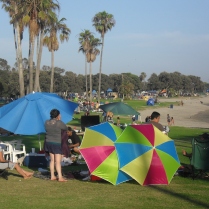