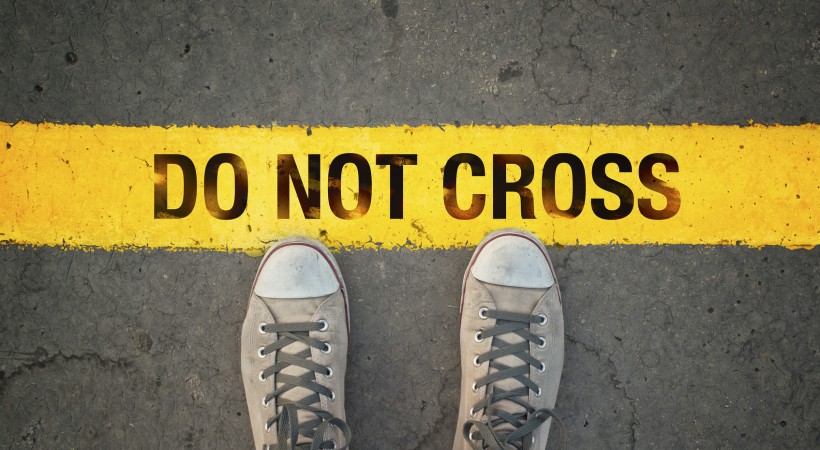 Setting boundaries is a skill I wanted to master in 2020. I thought I had conquered this years ago but after a lot of reflecting throughout the first few months of the year, I realized I sucked at setting boundaries. There were people I refused to tolerate (this was setting boundaries by my standard) and then there were the ones I would bend my rules for on occasion. I learned the hard way, “Give an inch and they’ll take a mile.” There were people in my life that had expectations of me but were not willing to give the same effort in return. I found myself constantly stressed trying to appease people and live up to a standard that only existed when I was on the giving end. I eliminated so much tension in my life by putting limits in place and doing more of the things I wanted to do versus the things I felt compelled to do.

I am not a very social person so this was the first area I had to assess. I would find myself running to functions of family members and then I started to notice that on the rare occasions I would invite them over for a function, they wouldn’t show up. Always had an excuse. I was more bothered by the fact they tried to justify their behavior than I was in noticing they would never come. So, I stopped going to the functions unless I truly wanted to be there and I knew I would genuinely enjoy myself. I also stopped responding to the lies or saying I understood when I really didn’t appreciate their lack of regard for my feelings.

Another act I addressed was allowing people to say things to me that I found to be offensive but would let it slide to “keep the peace”. While I use to be a very outspoken person, I toned it down as I matured. Clearly some people saw this as a gateway to let go of all of their sly remarks. People would say things to me and I would walk around letting my anger brew while ignoring and avoiding those very people for a couple of days. I took a different approach this year. When I found myself angry I would wait a few days to allow my irritation time to subside but I have started speaking up for myself again. I’m okay with sitting and having a cordial conversation with people to remind them, “Don’t play with me.” and I mean that in the nicest way possible.

Inconsistent people had to go. I don’t have time to try and figure out how you’re feeling today or if you want to be bothered. I’ve tried to keep in contact with old teammates and classmates but whew! I’ve had people respond to questions three days later after they started a conversation with me. And then have the nerve to pick up as if nothing happened. Please stop! I would rather talk to you on an as needed basis versus talking to you every three days or when your mood changes.

Most importantly I learned how valuable it was to be in tune with my own feelings. I stopped letting people tell me how I should feel or that I’m overreacting when I tell them they’ve made me uncomfortable. I recall posting a picture of my son being dropped off to college for the first semester and someone responded, “You’ll be alright.” I was puzzled. How do you get to tell me how I feel at this moment. I’ve spent a lot of time letting people know they don’t have the right to feel for me or speak on behalf of me and my emotional state.

Naming my boundaries has improved my state of mind. I find myself at peace and my husband even shared how he’s noticed a calm. I’m not nearly as bothered by people’s behaviors anymore and I also know how to create my safe space.

This entry was posted in About Me, Lifestyle, Therapy, Uncategorized and tagged boundaries, Lifestyle, mental health, Therapy. Bookmark the permalink.